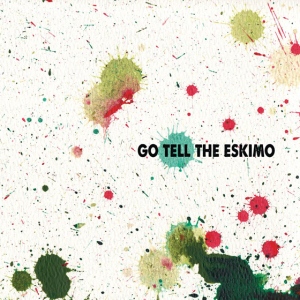 It is impossible to say how much we love it when we have the chance to review something from a band we haven’t heard before. Think back to the last time you found a band that you now listen to religiously. A band that you sing along with when no one is around. Maybe even when people are around. That’s not important, but what does need to be said is that it is an amazing moment of clarity when you hear new music that you instantly want to share with everyone. The reason we love that here at Nutshell Music Group is the fact that we then get to rant on about it as long as we see fit, and come out with a new artist on our iPods in the process. That is the case for Go Tell The Eskimo, a ridiculously fun indie four-piece that is currently in the process of “crossing the pond” from the UK to smash the American music scene to pieces (in a positive way). In the upsettingly short Smoke Signals EP, the group establishes a sound that makes the non-admitting hipster inside of me start to drool.

The Smoke Signals EP opens with “When The Lights Go Out”, starting off with a play on Blur’s famous “Song 2” drum part, and then trailing off into a rhythmic, beat-focused anthem. With dancefloor-style riffs and Arcade Fire-like vocals, the track is enough on its own to win over the hearts of the US music industry. Up next is “Silverhorse Rider”, which features a grouped vocal approach and whistling overdubbed with bells. This song is a potential sing-a-long without a doubt, and it would not be a surprise to hear it over the airwaves by this time next year. The EP is then quickly closed out with “Magazine”, a track that masters the quiet and loud dynamic with a subtle force. The disc is short but sweet, and it can basically be stated as fact that this band’s debut LP will be something to talk about.

Go Tell The Eskimo was one of those happy little surprises that leaves an impact on you. The group has its own unique take on the indie rock craze that is currently going around, and they will be on top of that craze by the time it’s all said and done. It is easy for Nutshell to give the Smoke Signals EP a 95/100, and it was able to keep our jaws on the floor in the process. So go out and listen to the album (which is available on iTunes now) on Go Tell The Eskimo’s website and ReverbNation, or obtain this music in some other manner. But don’t steal music, you jerk.