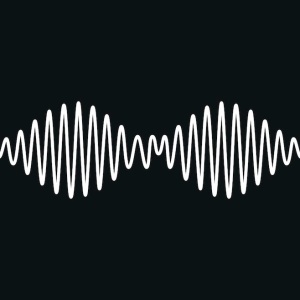 Arctic Monkeys, who’ve been hanging around the indie rock scene since their record-breaking 2006 debut Whatever People Say I Am, That’s What I’m Not, are the kings of mixing it up. Many see it as something to praise, and others use it as a point of criticism, but the Sheffield quartet has spent the last seven years putting out albums of all shapes and sizes, whether it be the jittery, guitar and riff-based sound of their debut, or the pseudo-darkness of 2009’s Humbug. The fact of the matter is that the always surprising and impressive group has done it again, this time trading in the heartsick loveliness of 2011’s Suck it and See for what is shaping up to be a purely raw rock and roll album. With a handful of dominant singles and a climbing acclaim of critics and fans alike, AM is slated to be one of the best things we’ve heard from these guys to date.

The album opens up with the smash-hit “Do I Wanna Know?”, with an overly addicting opening riff, reverb-coated stomps and claps, and a newly found technique of harmonizing over frontman Alex Turner’s vocals. This track is also one of the first of many on the album that are just gritty; there is a clear shift heard in this song that changes from the band’s usual sound to a much more powerful wave of energy. The next song continues this, and is nothing new to Arctic Monkeys fans. It’s “R U Mine?”, which came up last November when the band was tearing through the US on an arena tour with The Black Keys, and the song is just as strong now as it was 10 months ago. The song that Turner has stated was the basis of AM is just forceful, with strong riffs, heavy drums, and an epic sense of instrumental and vocal layering. “One For The Road” has much more of a groove to it, with a sound and guitar effects that are very reminiscent of Humbug and Suck it and See. The song feels revamped, however, with the same vocal harmonies and sense of maturity that is quickly established on this album. The groove and moodiness is carried over into “Arabella”, an almost dreary track that quickly turns into a distortion-driven jam session that seems to pay a loose homage to Black Sabbath’s “War Pigs”. “I Want It All” pulls the claps back in and has layered vocals throughout the entire song, along with an addicting ascending riff. My personal favorite aspect of the song is the inclusion of the guitar effect made famous on the “Library Pictures” solo.

At this point, the dynamic of the album shifts dramatically with “No. 1 Party Anthem”. First off, this song should get the award for “Most Misleading Song Title Ever”, because it is not at all a song you would hear at a party. This brings a small influence from Turner’s solo Submarine EP  into play with the slow, ballady sound. It also is a prime example of Turner’s ever-awaited lyrical wit, featuring gems like “It’s not like I’m falling in love I just want you to do me no good/And you look like you could”. It then goes into the similarly slowed-down “Mad Sounds”, a track that has prompted Turner to joke in live performances that audience members should “cuddle or something like that”. It’s a truly beautiful song that, again, has the Arctic Monkeys love song wit that shines through in lines like “Out of nowhere, somebody comes and hits you with an/ooh la la la”. Next up is “Fireside”, which starts to pick the energy of the album back up. A heavily rhythm section-driven song, the bass and drum beats shine through along with a synth-like altered backup vocal that runs throughout. It’s followed by another album single, “Why’d You Only Call Me When You’re High?”, which is one of the album’s highlights that features a walking-pace groove and the same gritty rock feel established earlier on. The difference here is that, despite the power and acidic solo, AM‘s third single tends to stay more relaxed than its two predecessors. The album is then closed out with the Britpoppy, Noel Gallagher-like “Snap Out Of It”, the heavy, dreary and melody-driven “Knee Socks”, and the John Cooper Clarke poem-turned-song “I Wanna Be Yours”, which turns into an almost psychedelic album ending performance.

Despite the fact that I’ve kept my ranting about them pretty tame up until this point, it isn’t a secret that the Arctic Monkeys top the list of one of my favorite and most-respected bands of our time. All of that bias aside, even the biggest of fans has to sit down and decide whether or not a band’s most recent effort is worth while. I alluded earlier to the quartet’s constantly changing sound, but they seem to be honing in on what they want to do for the rest of their careers. AM has been hailed as mature-sounding, and some are even calling it the band’s best effort to date. As both a fan and an attempting-to-be-non-biased writer, I can agree with both of these. Even though the critical acclaim was still at an all time high for these guys 7 years ago when they first made it into the music scene, this is the direction that is sure to get them there again. In case you haven’t noticed, Spin, Pitchfork, NME, Rolling Stone, and Entertainment Weekly have all jumped on the train of talking about how great these guys are, and I have no problem doing the same. Arctic Monkeys get a 95/100 for their fifth effort, AM. They seem to be running out of room to get better, but hey. They can always try? 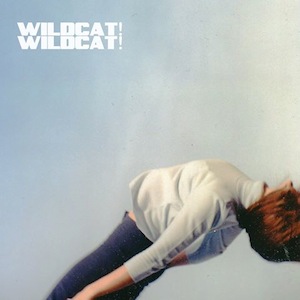 Fact: I have been sick a lot recently, and as a result I haven’t left the 12′ X 12′ room that contains my entire life for anything more than a box of tissues and a cup of handheld soup. You’d think that’s a good time to write a lot, I’d argue otherwise. Side note, I now love the TV show Dexter.

Fact-er: Due to my short recent history of being cooped up, I desire an adventure. I now have my soundtrack.

Wildcat! Wildcat! is a band that I very recently introduced on this sight as a Feed The Beat band that hit it big this past Spring opening for Passion Pit at SXSW (as seen in the hour-long documentary “Hello Everywhere“). I feel as if a more appropriate introduction is necessary, so here goes nothing. The group is a Los Angeles indie rock/awesome trio made up of Jesse Taylor, Michael Wilson, and Jesse Carmichael. The band, up until a few days ago, had a career based totally on the mass circulation of two Soundcloud links that rocketed them into the minds of the music blogiverse (a word I just made up. Here I come, Oxford!). The mumblings around the industry of “hmm, maybe these guys are something pretty cool” quickly turned into “wow, these guys are something really cool”, and now we have a four-track EP that breeds not so many new things from the group besides making these songs come out on an official release, in the form of the Wildcat! Wildcat! EP. These songs have either been released or performed in bulk by the band the last few months but hey, let’s talk about it anyway.

The EP starts off with “Please And Thank You”, a slow starting electric organ and claps number that is polished with glowing synths and the band’s soon-to-be recognizable, disgustingly beautiful vocal harmonies. After moving through some simply dazzling chorus (with packed on basses, bells, and extra synths), the track passes through an amazing sense of dynamic and explosion, while still keeping the same almost epic and ballad-like sound. Quite frankly, I would be impressed with just this song. The next track is “The Chief”, which is much more drum heavy and groovy. The backing beat is reverb-soaked and hefty, and the bass and keys drive through until slipping into a soft interlude,  and onto an impressive build up/bridge section that leads into a freaking saxophone solo. It is so awesome I actually laughed. That’s where we are at so far. The third song is “Mr. Quiche”, which, goofy name aside, is another strangely captivating one from these guys. This is the type of song that has a big heap of things you wouldn’t expect to go together smashed together in a way that somehow…well go together. The end result really is magical, and the vocal performance here is exceptional. The EP then closes out with “Garden Grays”, which is probably the most dancey of the EP’s songs. It also features some solid call and response vocals that close out the EP on a really great note, not that it hit a bad one…

My hope of this review is to get the people who’ve read my last piece about Wildcat! Wildcat! to understand something important. They are not “the band that opened for Passion Pit for SXSW”. I don’t want to be confusing, because factually that actually did happened. But my point is they should be known as “that awesome band that just came out with an awesome 4 track EP”, because they’ve proven that they are a band that deserves to have their name stand on its own. The Wildcat! Wildcat! EP gets an astounding 97/100, and I hope that they come out with an album soon.