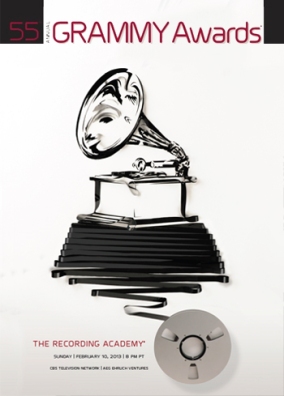 For those of you who don’t know, tonight marks the 55th annual Grammy Awards following what ended up being a pretty big year in the scheme of the music industry. While not necessarily “predictions” per say, Nutshell Music Group compiled a group of hopeful winners at tonight’s ceremony. This of course is not covering all categories, but the ones that feature artists or genres that are specific to our focus group. So, here goes nothing!

Record of the Year – “Lonely Boy” by The Black Keys
The distinction between this award and Song of the Year is often overlooked. The former is a performance award, with the latter being specifically for song writing. “Lonely Boy” has been one of the most played songs of the last year and the band’s live performances of the track have been praised all over the country. The Black Keys had quite a few hits that came out of El Camino, but this is the one that led the way.

Song of the Year – “We Are Young” by Fun. featuring  Janelle Monáe
Fun. was able to weasel their way into everyone’s heart this year with songs off of Some Nights, most notably this one. Never before has a song been able to so successfully get significant airtime on rock, alternative, and pop radio stations as “We Are Young” without the band having to come out with different versions of a track. This song is hooky, catchy, and just all around well written.

Best New Artist – Alabama Shakes
As much as people may be contesting this, Alabama Shakes is most likely the most underrated band of 2012. This category is going to be hard fought this year, but behind huge praise from major music publications like Spin and Rolling Stone, and a couple of impressive festival performances to boot, Alabama Shakes have cemented themselves into musical significance this year.

Album of the Year – Some Nights by Fun.
This was a hard internal battle for me to choose between this and Channel Orange. Some Nights really sticks out because of the popularity it was able to rise to both in sales and radio airplay. Fun. went from being a virtually unknown group to global superstars overnight because of this album. 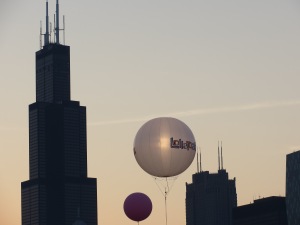 Even though we haven’t even broken into winter, there is already a typhoon of speculation about who will be making their rounds at music festivals in Summer 2013. Bonnaroo presale tickets came and went in three minutes, and we’ve already seen message boards and websites be riddled with alleged lineups. With Nutshell being based out of and somewhat centered around the Chicago area, I thought it would be a perfect outlet for my 3rd annual Lollapalooza lineup predictions. This will, for the first time, be live updating. Bands will be crossed out and added as time goes on, up until the midnight lineup release some time in April. That is, if the Chicago Tribune would stop leaking it at 10:30. Think of this as an open discussion. Your thoughts are all appreciated, but they will only be read, reviewed, and utilized for this list if they are posted in the comments section below. That being said, we want your input. If you think I’m wrong, tell me why.

Here’s my current lineup predictions for Lollapalooza 2013, set for August 2-4:

Again, your comments are welcome below. Tell us what you’re thinking; who do you think will be playing at Grant Park in August?